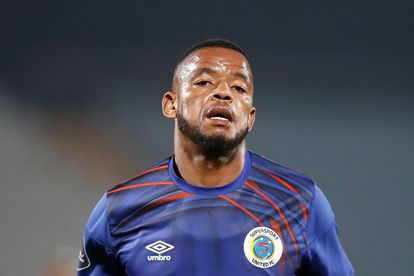 Sipho Mbule is most likely to leave SuperSport United at the end of the season if Mike Makaab‘s statement has anything to go by.

Speaking on Gagasi FM as per iDiski Times, Makaab confirmed that he has a meeting set up with SuperSport United CEO Stanley Matthews next week.

And the meeting is all about Mbule and his future which continues to hang in the balance following his suspension by the club over two weeks ago.

In February, Makaab confirmed that Mbule wants to leave SuperSport United and further his career elsewhere, and that is likely to happen in July.

The biggest hint Makaab dropped that Mbule is leaving SuperSport United was that he ‘will be ready to fight for a place in his new team’ next season.

READ | MAMELODI SUNDOWNS HOW OUT OF CAFCL R10 MILLION RICHER

But before that, Makaab said Pro Sport International, the agency that represents Mbule, has put the player in a special programme now that he’s not training the with the club.

The talented midfielder is working with a physical trainer and a sport psychologist to ensure that he’s fit and mentally ready come pre-season.

Mbule is contracted to SuperSport United until June, but the club has an option to renew the contract – they have until the end of May to trigger that two-year option.

Both Kaizer Chiefs and Mamelodi Sundowns are interested in signing Mbule, and the news of his possible departure is undoubtedly music to their ears.

SIPHO MBULE’S FUTURE WITH SUPERSPORT UNITED BACK IN THE NEWS

“I’ve set up a meeting with Stan Matthews regarding the future of Sipho Mbule,” confirmed Makaab.

“I’m not 100 percent sure where we start but one thing I can tell you about those who are concerned about Sipho… we have him in a special programme – both with a sport psychologist and with a physical trainer.”

“There’s no doubt in my mind that come pre-season, Sipho will be ready to fight for a place in his new team. He’s certainly not going to be sitting in the stands for two years,” added Makaab.