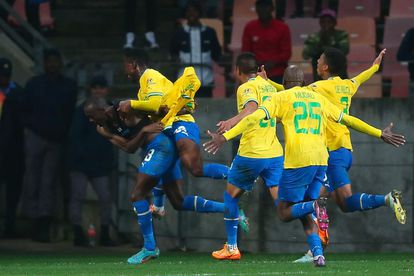 Sundowns striker Peter Shalulile is confident that his team will have enough firepower to get past a stubborn Pirates backline tomorrow.

Orlando Pirates have conceded just five goals so far in eight DStv Premiership matches. Shalulile respects that, but he’s confident they can be breached. His side will need to be at their best to do so, however.

“This season is a good season, a competitive season. All the teams are out to win the league, to survive and be top 8. Especially Pirates. They’ve picked up levels to the point where you can see they have great players, to be honest.

“Their backline, as you guys have said, it’s tough to score against them, but the mark of champions is they knock on the door until it opens. It won’t be an easy match, but in every match we have played against big teams in this league, we managed to create chances and come Saturday all you have to do is bury your chances.

“In every match, Sundowns will definitely create chances and it’s for us now, the players upfront, to make sure we score goals.”

Kickoff between Pirates and Sundowns is 15:30 on Saturday.