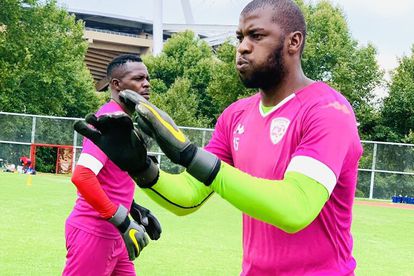 Sekhukhune United will be hoping the signing of a number of players in the ongoing January transfer window will pay dividends. Photo: Twitter @SekhukhuneFC

Sekhukhune United will be hoping the signing of a number of players in the ongoing January transfer window will pay dividends. Photo: Twitter @SekhukhuneFC

Sekhukhune United will be hoping the signing of a number of players in the ongoing January transfer window will pay dividends as they push for qualification for the MTN8 and CAF club competition in what is their maiden top-flight season.

The trio promise to be excellent additions and bring oodles of experience.

Zambia international Shonga is coming off a brief spell with Egyptian side Ismaily having most recently played in the DStv Premiership with Cape Town City FC. He was also previously on the books of Orlando Pirates.

“It is an awesome feeling to be back in the DStv Premiership,” Shonga says.

“South Africa is more suitable to play football because I feel at home. My main priority is to help the team to accumulate more points going forward to finish in a respectable position.

“However, I will work hard to get my form back so that I can contribute immensely to the team’s success.”

Rusike has not played since he left SuperSport United at the end of last season and the 30-year-old will be looking to get his career back on track having netted 28 DStv Premiership goals in 142 appearances to date for Maritzburg United and Matsatsantsa.

Mokoena started the season with TS Galaxy, but was later released having been deemed surplus to requirements. The 28-year-old former Kaizer Chiefs junior is excited for his new challenge where he will vie for a starting spot with Bafana Bafana full-back Nyiko Mobbie.

Sekhukhune United are currently in eighth in the DStv Premiership standings with 25 points after 17 matches thanks to seven wins, four draws and six defeats.

They do have a number of matches in hand over several teams ahead of them in the standings and are only five points behind second-placed Orlando Pirates having played two fewer games.

Most worrying for Sekhukhune United fans is the fact their team has scored only 12 goals this campaign which is among the fewest in the 16-team league.

On a positive note, however, Babina Noko have conceded the second-fewest goals this season (11) behind log leaders Mamelodi Sundowns (nine).

Sekhukhune United will next be in action away to Royal AM on Tuesday, 15 February at 17:00.