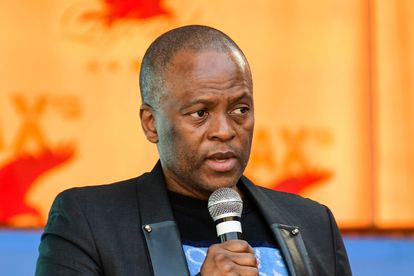 AmaZulu president Sandile Zungu has questioned the inconsistency of the referees after his club reached the MTN8 final.

Zungu bought Usuthu in 2020 from the Sokhela family.

The KwaZulu-Natal outfit eliminated Kaizer Chiefs in the semi-finals to book their place in the MTN8 final where they will be up against Orlando Pirates on 5 November.

Zungu has, however, claimed that they have been the victims of the inconsistent refereeing lately.

“I was nervous about the officiating,” Zungu told the journalists at the Moses Mabhida Stadium as translated from IsiZulu by The South African.

“Because looking at our previous three games, we played Kaizer Chiefs in the first leg in Johannesburg, I was not satisfied, [Veluyeke] Zulu was sent off because he firstly got a yellow card for nothing and was booked for the second time because he had lost focus already, I don’t mention red cards that were shown to us.

“Number two, the match we played with Maritzburg United last week, there are some refereeing decisions I wasn’t happy with and the one we played with Orlando Pirates where we were robbed in a daylight.

“They denied our goal, they did not award us our penalty. So now playing with this big club [Kaizer Chiefs], we were anxious about the officiating.”