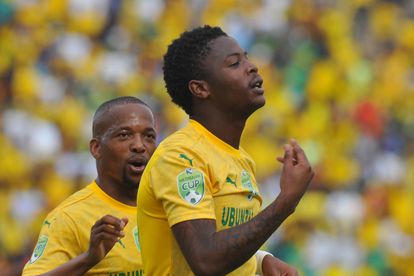 Mahlambi, still only 23-years-old, is currently on loan at Gavin Hunt’s Chippa United after a failed spell at AmaZulu where coach Benni McCarthy reportedly suggested the player did not take his career seriously.

According to Soccer Laduma, Phakamani Mahlambi is still contracted to Mamelodi Sundowns until 2024, but by the way he’s been loaned out to various clubs, it’s clear his future does not lie with the Tshwane giants.

“Well, he is still our player, and we still have a small amount of belief that hopefully he can fulfil his potential at the club. But he needs guidance and a bit of help as well as support,” Mokwena said.

“I don’t know, I try to refrain from commenting about Phakamani simply because I don’t know him very well. I know him based on what I’ve seen and the little time I spent with him before the start of the previous season.

“His troubles are well-documented, and I think his story is one that clearly reflects why they say there’s a curse in the rising star – and probably the articles that portray his career in a negative way is probably not the best thing for him.

“I think if he doesn’t get as much publicity and elevation from a social perspective, maybe he can focus on his career, maybe. That could help lessen the noise and help him become a better version of himself.

“He is in a very difficult space because he is immensely talented. I’ve read a book titled Talented, Hunted and Haunted, and that, unfortunately, sums up Phakamani’s career so far,” Mokwena concluded.