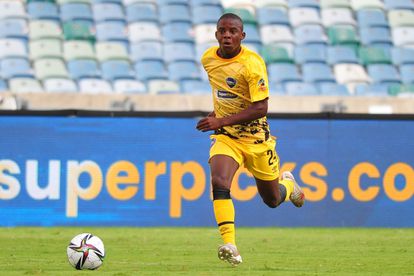 The PSL has unearthed another gem in the shape of Cape Town City’s 17-year-old playmaker Luphumlo Sifumba.

The Guardian has listed Sifumba among the best young talents in world football for 2022, an astounding crop of talented starlets.

The South Africa youth international has trained with the Cape Town City first team since the age of 15 and is widely considered as the most promising prospect to emerge out of their academy and indeed this country.

ALSO READ | Pirates fans, perhaps this should be your MTN8 starting XI tomorrow?

READ | Pirates vs Sundowns: Five things we guarantee will happen

Blessed with vision, and sublime ball control, Sifumba is a talented playmaker. Although he’s yet to make his DStv Premiership debut, The Guardian already likens him to the silky, skillful Brazilian legend Kaka. Additionally, Kaka is even his middle name!

Sifumba is the first African footballer ever to sign with American sports agency Roc Nation. They already have established world stars Kevin De Bruyne and Romelu Lukaku on their books.

“We believe he has the potential to play in Europe in the next few years,” City head of development, Grant Veitch told the Guardian.

ALSO READ | MTN8 preview: All you need to know ahead of Pirates vs Sundowns

This kid is gonna be some player. Perhaps we’ll see him in the Premier League one day?