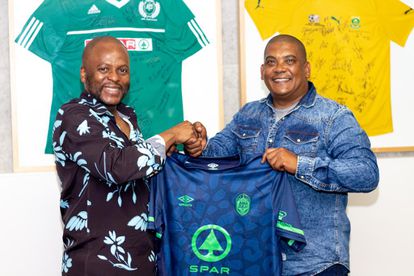 Truter has been confirmed as AmaZulu’s new head coach on an interim basis after McCarthy was let go on Friday. Truter, who has been out of job since he parted ways with Swallows in November, has taken over with immediate effect.

Having previously coached in KwaZulu-Natal with both Royal Eagles and Richards Bay, Truter said he couldn’t wait to get started at AmaZulu.

“Friendly people, nice environment as well, but for me being part of the AmaZulu brand, it’s just a dream come true to put it that way.

“Having monitored the club when they were in the dark days, let’s put it that way, but also I’m happy that what they achieved last season, they showed that they were a sleeping giant, and now they’ve just proven to South Africa that they can compete with the best.

“And and I’m happy to be here, I’m happy, I’m obviously over the moon and grateful to have the opportunity given to me by by the President and the board to coach at AmaZulu.”

The arrival of Truter was confirmed over the weekend.