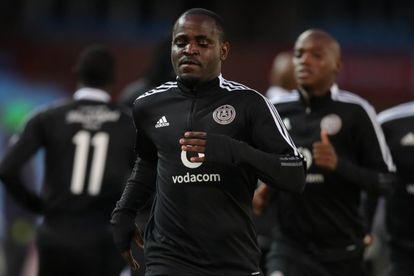 Orlando Pirates striker Gabadinho Mhango looks certain to leave the club ahead of next season after what was a difficult third season for him.

Mhango has been with the Buccaneers for three seasons now, and where things went wrong between him and the technical team remains unclear.

And that’s because Mhango was once Pirates’ top striker, and his record since joining them in July 2019 is impressive.

The South African takes a look at Mhango’s report card since his arrival at Bucs three seasons ago for you to decide if the Soweto giants will be making a mistake to let him go.

At 29, Mhango is still at his peak, and he has a few more years in him at the highest level, perhaps even an opportunity to move abroad.

Soon after joining Pirates from Bidvest Wits, Mhango took the PSL by storm as he netted 17 goals in 29 competitive matches, and that included 16 league goals.

The Malawi international lost form in his second season with Pirates but he still did not do too badly as he scored six goals in 32 matches across all competitions.

Nonetheless, things continued to go South for Mhango this season as he has managed just 10 appearances for Pirates this season without finding the back of the net.

Overall, Mhango has featured 73 times for Pirates over the last three seasons, scoring 23 goals and assisting in a further four.

Will Pirates be making a mistake if they let go of Mhango given his contribution so far? Share your views in the comment section below.