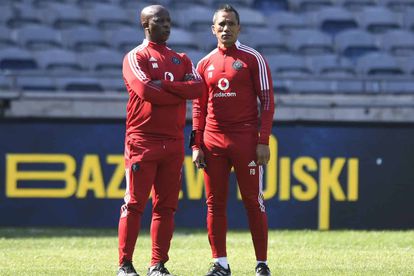 Orlando Pirates are said to have identified a new defensive target in University of Pretoria right back Keegan Allan, ahead of next season.

Pirates, who are set to play in the CAF Confederation Cup final tomorrow, are said to have been monitoring Allan.

Allan has been key for University of Pretoria

Allan has been a key cog in the University of Pretoria side which missed out on automatic promotion from the GladAfrica Championship on the final day. The 21-year-old was also a vital part of the club’s Nedbank Cup run. It now seems as if none of those efforts have gone unnoticed with the rumours recently surfacing that he has emerged as a potential transfer target for Pirates, for next season.

As it stands, Pirates have been relying mainly on the likes of Bandile Shandu as well as Wayde Jooste in that right back position, but the emergence of Allan, and age being on his side, could well see the player trade AmaTuks for the Buccs this coming transfer window. Sources speaking to the Citizen believe there is interest as well as a big chance that it could happen.

Pirates tipped to make a “big offer’ for the player

“He (Allan) is one for the young players who have shown a promise of becoming big players in the future and I believe Pirates were made aware of him and have been tracking him. I heard they liked what they saw and could be making a big offer for him,” Said the source to the publication.

Whether he ends up signing for Pirates or not, Allan may still be playing DStv Premiership football next season. Even though the University of Pretoria lost their opportunity for automatic promotion, they will still have a second bite of the cherry alongside fellow second tier outfit Cape Town All-Stars and who have finishes in 15th place in the top tier league of South African football in the promotion/relegation playoffs. Should Tuks manage to gain promotion, it maybe enough for them to keep the youngster and continue to build around him.