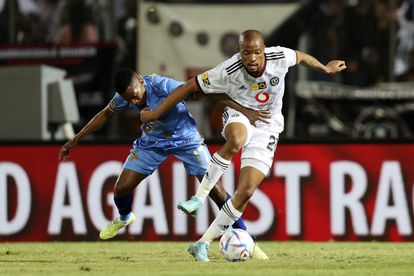 Jose Riveiro’s side will be without the services of star midfielder Goodman Mosele.

The Bafana Bafana midfielder received a red-card against Royal AM and remains suspended by the PSL.

The good news however is that it’s the last Orlando Pirates match that Mosele will miss through suspension.