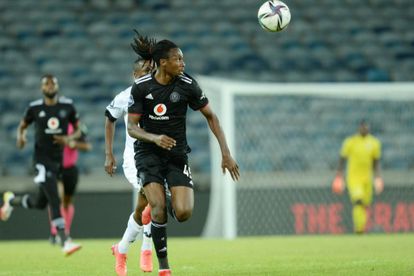 The Buccaneers star was not named in the Super Eagles squad that will face Ghana in their double FIFA 2022 World Cup Qualifier playoff clash.

Despite a string of solid performances for Orlando Pirates in 2022, Ndah won’t be traveling to Abuja and the Cape Coast for Nigeria’s respective matches.

The two legged, home and away tie will see Ghana and Nigeria square off for a place at the prestigious 2022 Fifa World Cup which takes place in Qatar later this year.

While Orlando Pirates’ Ndah missed out on the cut, Kaizer Chiefs goalkeeper Daniel Akpeyi did manage to make the Super Eagles’ squad.

The South African based duo both traveled to Cameroon to represent the Super Eagles in January at the 2021 Africa Cup of Nations tournament.

While his partners have been changed (Happy Jele and Nyauza), Orlando Pirates have opted to field Olisa Ndah at center back since his return from Cameroon.

Fellow Africa Cup of Nations 2021 attendee Gabadinho Mhango has struggled to make any appearances for the Buccaneers since returning from Cameroon after featuring for his nation Malawi.