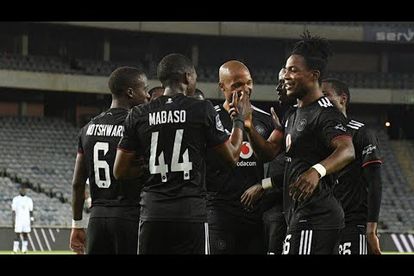 Orlando Pirates have finally found a quality striker after initially struggling for goals – is this man the answer to their forward struggles?

The promising striker seems to be the potential answer to their striker initial striker crisis. According to recent statements made by Ncikazi to iDiskiTimes, Peprah offers so much on attack, even when he is not scoring for the Bucs.

READ | ORLANDO PIRATES’ KWAME PEPRAH: THIS KID IS ON FIRE

“Him not scoring but still contributing into the team set-up, In the build attack, he still gives the assist if it’s possible, that’s a contribution which is how we saw in the match, I’m also happy that he has started scoring,” stated Ncikazi.

Peprah has been starting to score and when he does not he either assists or plays a prominent role in attack.

MUST READ: BONGANI ZUNGU FINALLY RETURNS! – WILL HE PLAY FOR ORLANDO PIRATES OR KAIZER CHIEFS?

What a way to finish the year for the Ghanaian striker who has all the promise and potential of being the next big thing for the Bucs.