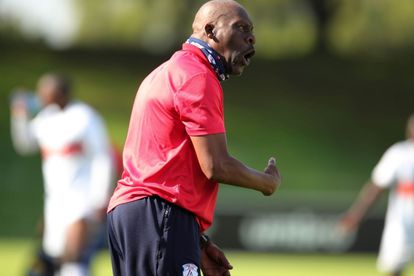 Orlando Pirates’ embarrassing 4-0 loss to Mamelodi Sundowns is still creating conversations across Mzansi, and will continue for quite some time.

The former Pirates goalminder Mayoyo has shared his own superb points on the event.

As The South African website reported on Saturday evening, the PSL champions lifted the inaugural CBL, thanks to a bullying 4-0 victory over the Buccaneers at FNB.

ALSO READ: Kaizer Chiefs – NINE players that could leave the club in January

According to the Pirates legend Mayoyo, Sundowns are simply on a different shelf compared to the rest of the DStv Premiership pack.

“We were outclassed, they proved how big the gap still is,” Mayoyo told KickOff.

“Before we even go to the pitch, we start by looking at the players, depth, and the experience of playing tournaments. That’s where the game was lost.

“We are talking about a team that has two equally good squads. Somebody might blame it on the red card, but these people started playing the way they did even when each team had 11 players.

“They knew from the beginning how they wanted to play. The whole game Pirates players were unable to pass the ball to the goalkeeper, I mean comfortably.

The Soweto-born legend concluded his views with a brilliant point about Sundowns’ squad continuity, an area that has always been a sharp weakness for Pirates.

“Pirates goalkeeper didn’t even start one ball from the back. But Sundowns were doing that the whole game, they never kicked it forward.

“Sundowns they first go back to go forward. The most difficult style of playing football. Yes, Pirates, they are the closest to Sundowns when it comes to quality, there’s still need to gel.

ALSO READ: We love Maart’s nickname, what do you think?

“Sundowns sign players to add to players who are already six years at club. So, because of that, it will always be difficult to close the gap between and the other clubs,” the ex-Pirates number one concluded.

Creatine supplements: How they can help you get in shape