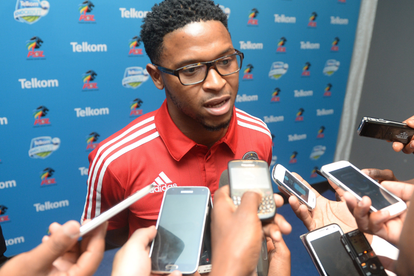 Thandani Ntshumayelo during his days at Orlando Pirates. Image: Twitter

Thandani Ntshumayelo during his days at Orlando Pirates. Image: Twitter

Former Orlando Pirates star, Thandani Ntshumayelo, who now plays his football at Swallows FC, survived what many local players would never come out of still intact.

As we all learned with shock in 2016, Ntshumayelo was slapped with a four-year ban after testing positive for cocaine.

The news meant the central midfielder was unemployed after his club Orlando Pirates released him.

Speaking to Masebe Qina in the latest issue of Soccer Laduma, Ntshumayelo revealed how his father came to the rescue.

“My father was there. He said that I can’t let all the work I put in to get the house go down the drain,” the Heilbron-born player said.

“He paid for my house but he said because the cars I had were expensive, we had to get rid of them and he bought me a BMW X1,” the 31-year-old player added.

The player, known as Bibo added to reveal that he is aware that he is fortunate to come from a solid family that raised him well.

“They were disappointed but they also know that I did a lot of things that were right.

“I was able to help my dad and today he is a doctor. I was paying for my sister at school, looking after the family, and so on.

“When I turned pro, my dad went to school to do medicine. He is a very strong man. Someone I look up to.

“I want to be a father like that to my children. He showed me you can do anything, no matter how old you are.  He was 40 when he did medicine,” the SuperSport United academy product concluded.