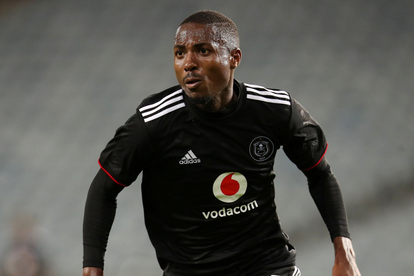 There’s a new fan-favourite at Orlando Pirates, his name is Bandile Shandu and he has been a truly goal-scoring right-back.

This man has been marvelous. Completing over 30 appearances in your first season at Bucs, by March, is not an accolade many men have achieved.

There is something else that is special besides his 31 appearances for Orlando Pirates though. The ever-smiling 27-year-old has astonished everyone with seven goals and two assists from right-back and right-midfield.

From his 31 games this term, Shandu has played 16 games at right-back, nine in right-midfield, while he has played one match each in either wing.

With at least two more months of football left for this season, just how many more goals can Shandu still deliver? Nobody can really tell.

While we continue to enjoy Shandu’s football in the coming weeks and months, we thought to share five facts you may not know about him.

Meanwhile, Shandu is currently in Europe on Bafana Bafana duty. Hugo Broos’ side will compete in two friendly games against Guinea on Friday and France next Tuesday.