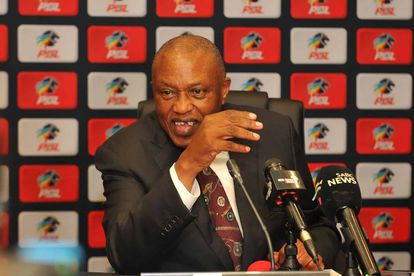 Orlando Pirates announced the arrival of four new signings this afternoon ahead of the 2021/2022 campaign.

The club confirmed that Goodman Mosele, Monnapule Saleng, Bandile Shandu and Kwanda Mngonyama have all signed on the dotted line at the Buccaneers.

Fans from Orlando Pirates will be all to familiar with Mosele, Shandu and Mngonyama however not many will be familiar with 23-year-old Monnapule Saleng.

Saleng is a devastating winger who made waves in the GladAfrica Championship last season. He was Free State Stars’ danger man and bagged the league’s Golden Boot award after scoring 13 goals in the second tier.

With the speed of Tlou Segolela and a left foot that even Daine Klate would be proud of, Selang may very well prove to be one of the biggest signings of the season for Orlando Pirates.

Take a look at the Buccaneers’ new winger in action for Free State Stars out in the GladAfrica Championship last season.

Orlando Pirates already have some of the top wingers in the league in the form of Thembinkosi Lorch, Deon Hotto and Vincent Pule.

On the one hand, Selang may struggle to break into the starting lineup in Mayfair however in the long run, rubbing shoulders with the above mentioned players can only benefit the newly signed winger.

Orlando Pirates are officially in pre-season mode as of today. The Buccaneers will have their eyes set on Kaizer Chiefs who they face in the Carling Black Label Cup on 01 August 2021 ahead of the new campaign. This year’s Carling Black Label Cup takes place at the Orlando Stadium. No fans will be allowed to attend the event due to COVID-19 protocols.