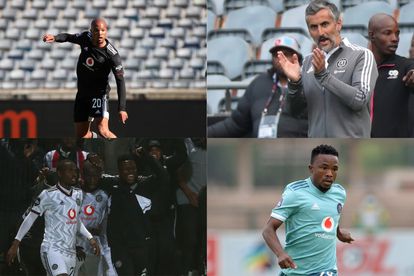 According to Orlando Pirates midfielder Goodman Mosele, their coach Jose Riveiro is really putting the squad through their paces.

Mosele promised that Orlando Pirates will still be playing their distinctly South African style under Riveiro.

Riveiro has already achieved his task of bagging silverware in his first term but is a relentless taskmaster.

That might explain why he has been running the team hard in the pre-season.

“He is a demanding person,” Mosele told Kickoff.

“Riveiro wants to play football by attacking when we attack, defend when we have to defend.

“He wants everyone to work hard. He is also a great guy.

“Personally, I won’t say there is much that has changed. Pirates are Pirates, you know the culture of Pirates.

“He even said that he won’t change the culture of Pirates. Pirates play football, they dominate games and that is also what he wants.”

Mosele is considered to be among South Africa’s brightest prospects and moved to Orlando Pirates before the start of last season.

He admits a desire to taste success with the Sea Robbers.

“It’s been a long time without winning a trophy. So what we want to do this season is to win things.

“We are tired of playing for draws.”

Former co-coach Mandla Ncikazi was demoted to assistant after he and Fadlu Davids guided the team to a sixth-place finish in the 2021/22 season.

Riveiro was a shock appointment, with many former players critical of the decision.

It was always unlikely that fans would give him much time to bed in with their diehards desperate for success but a trophy might calm the seas.