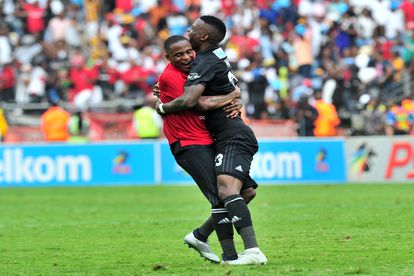 Innocent Maela is motivated and ready to step up into the Orlando Pirates captaincy.

The Bucs are due to announce a new captain very soon after Happy Jele and Thulani Hlatshwayo departed from Soweto.

These are the candidates for the Pirates captaincy. Maela is ready, capable and motivated to succeed as Bucs captain.

MAELA READY TO CAPTAIN THE BUCS!

Should Maela be selected as the new Buccaneers captain, he will take the opportunity wholeheartedly.

“When you play for a club like Pirates, everyone is responsible. If they give me the armband, it will be an honour, but it won’t be any pressure because we are a team,” Maela stated on SowetanLive.

A true leader serves his team and that is what Maela is willing to do. Regardless of who is given the armband.

“I know that my teammates will be there to support me and if they give the armband to someone else, I know that I will be there to support that person. But it does not really matter who got the armband as long as everyone is responsible and everyone is accountable and knows what they need to deliver on the field of play, then we will be sorted,” Maela added.

Pirates are heading for a new era of players, coaches and now a new captain too.

Who do you think should be Bucs captain next season?

Police: ‘Relative’ arrested for rape and murder of 90-year-old woman