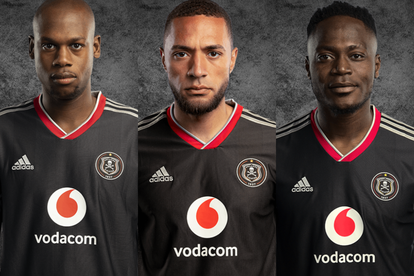 Orlando Pirates are offering one of their top Bafana Bafana stars to their PSL rivals in a swop deal in what is one of the most shocking offers in recent years.

Pirates are prepared to offer Bafana Bafana striker Evidence Makgopa to DStv Premiership rivals AmaZulu in a surprise swop deal, according to Phakaaati.

This, in an attempt to secure the signature of Usuthu star Makhehleni Makhaula.

Pirates are willing to offer Makgopa as well as three other Bucs players to AmaZulu in a swop deal for midfielder Makhaula.

This comes as a surprise given that Makgopa has not truly started his Bucs career as yet and Jose Riveiro has plans to unleash his Bafana striker on the rest of the PSL when it returns.

Makgopa was one of the biggest names signed when Riveiro arrived at Mayfair.

He is currently valued at roughly R8 MILLION, according to the latest player values on Transfermarkt. Meaning, he brings a lot of value to the table as Bucs try and sweeten the deal for Makhaula.

Pirates are willing to offer Sandile Mthethwa, Ntsako Makhubela and Tebogo Tlolane in addition to Makgopa in order to try and secure the Usuthu midfielder.

Therefore, Riveiro has identified him as one of his key targets for the January transfer window.

In fact, Bucs management are busy working on their deal as we speak.

“They want him in the next transfer window. They are already preparing an offer for AmaZulu,” the source confirmed.

Viral Video: Cute little girl pretends to be a mannequin