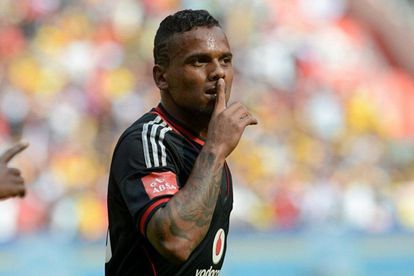 After a productive transfer window that saw three big signings confirmed by Pirates, the team will head into the semi-final first leg of the MTN8 when they face Mamelodi Sundowns on Saturday at Orlando Stadium.

It will be a massive match-up between two teams that look likely to be the leading title contenders in local football this season, with ex-Bucs star Siyabonga Sangweni certainly encouraged by the transfer work completed by his former team.

Indeed, as the transfer deadline drew towards a close at midnight on Thursday, Orlando Pirates officially announced the signing of talented Ndabayithethwa Ndlondlo on a three-year deal, but more bombshell news greeted Buccaneers fans on Friday morning.

In a largely unexpected announcement to end the week, Pirates also confirmed the recruitment of Kermit Erasmus on a two-year deal. Romeo, as he is affectionately known, returns to the club having left to join French outfit Stade Rennais back in 2016.

On becoming a Buccaneer once more, Erasmus said: “It’s good to be back!” and Sangweni believes the playmaker can certainly make a big difference back in Soweto.

“I am happy Kermit Erasmus is back at Pirates as he is an incredibly talented player,” Sangweni told FARPost. “Orlando Pirates got an influential person in him [Erasmus]; he was the last piece of the puzzle that was needed because they play good football.

“They [Pirates] have done so well in this transfer season, they definitely winning something, starting with MTN8,” he concluded.

Expectations have certainly escalated after Pirates’ success in the transfer market

Pirates have also confirmed the signing of goalkeeper Sipho Chaine. The 25-year-old signs from Chippa United on a three-year deal.

Meanwhile, a statement described Ndlondlo as a player “blessed with superb technical ability, creativity, an incisive range of passing and a willingness to work hard for his team, Ndlondo has shown to be adept in both in attack and defensive situations”.