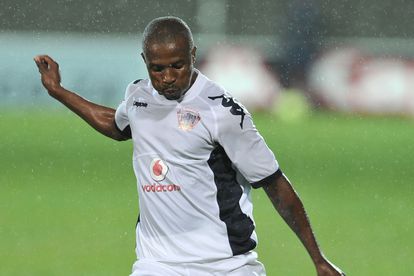 On this day in 2021, former Premier Soccer League (PSL) player Tshepo Tomanyane has passed away after a short illness.

The 39-year-old Tomanyane, who turned out for Jomo Cosmos, Chippa United and Polokwane City, reportedly passed away on 31 May 2021 while being transported from his home in Johannesburg South to Chris Hani Baragwanath Hospital.

He last played in the PSL in 2014 but had not been long retired from the game before passing away.

Tomanyane had no history of illness, and the cause of death has yet to be conclusively determined. He is survived by his wife, Serwalo Tomanyane and their five children.

“He had been fine all along and even went to one of the Masters games on Sunday, which they usually have over weekends,” Serwalo Tomanyane told KickOff.com.

“Being someone who was still passionate, he was involved in football coaching with some kids as well. Then on Monday he started complaining of shortness of breath and high temperature, which is when we got transport to take him to Bara [Chris Hani Baragwanath], where he was confirmed dead upon arrival around half past eight in the evening.”

Tomanyane started his footballing career at Bloemfontein Young Tigers in his home province. He then moved to Witbank Spurs and African Warriors, before breaking into the PSL with Jomo Cosmos, Chippa United and Polokwane City.

The defensive midfielder ultimately ended his playing career at Maluti FET College, before taking up coaching at the same club and later enjoyed another coaching stint with African Warriors.

All told Tomanyane played a total of 22 Premiership matches, scoring three goals in the top-flight. He was primarily deployed as a defensive midfielder, and was considered a solid professional.

His sudden death came as shock to the South African football community, which had suffered significant losses thanks to the pandemic and tragic road accidents.