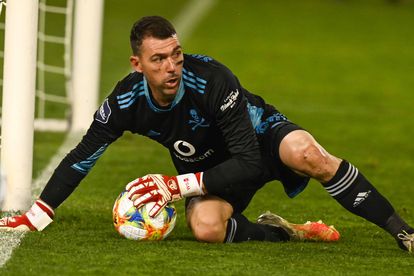 Orlando Pirates have been active in the transfer market with no fewer than eight players released while they have made six signings. Photo: Gerhard Duraan/BackpagePix

Orlando Pirates have been active in the transfer market with no fewer than eight players released while they have made six signings. Photo: Gerhard Duraan/BackpagePix

The new season kicked off on Saturday with some of the oldest players in the PSL getting a run out on the opening weekend.

TS Galaxy, in their first-ever top-flight match, fielded a couple of players older than 35, and the likes of Mamelodi Sundowns also had experienced heads of their own.

We take a look at the oldest players in the PSL going into the new season.

Born on the same day as Allie is former Puskas award nominee Hlompho Kekana, whose Mamelodi Sundowns side scored a comfortable win against Kaizer Chiefs.

Regarded as one of the best goalkeepers on the continent, Ugandan international Denis Onyango did not disappoint against Chiefs as he began his campaign with a clean sheet.

TS Galaxy brought out Dad’s Army on their Premiership debut, and one of the old heads in their starting XI was the former Mamelodi Sundowns and Highlands Park midfielder.

Less than a week before his 36th birthday, Bevan Fransman leapt high to give TS Galaxy their first-ever goal in the South African top-flight.

Former Bafana defender Clayton Daniels is one of the mainstays in the Supersport United line-up, and was once again in the mix when his side scored a comfortable 2-0 victory over Black Leopards on Saturday.

Taking up position between the poles in Orlando Pirates’ opening match against AmaZulu in Durban was the former Mamelodi Sundowns shot-stopper.

The 37-year-old saved his third consecutive penalty on the night, displaying some good reflexes for his age, but unfortunately failed to gather the rebound, which landed in the path of Lehlohonolo Majoro, who provided Usuthu with the equaliser.

The oldest player to feature in the PSL this past weekend is former Bafana midfielder Reneilwe Letsholonyane, who made his TS Galaxy debut at the tender age of 38.