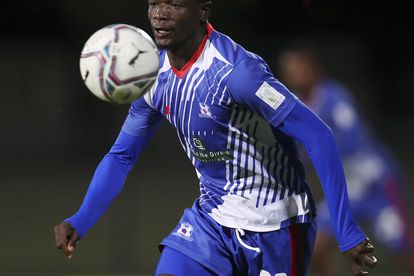 Maritzburg United welcome Baroka FC to the Harry Gwala Stadium for their penultimate DStv Premiership match of the season.

For the visitors, it’s do or die in terms of their survival in the DStv Premiership. They head into their final match of the season in last place on the log standings.

While one eye will be on Swallows FC, Baroka need nothing less than three points against Maritzburg United to have any chance of survival.

The Team of Choice themselves are in the relegation battle however they sit three points ahead of their opponents. They also have one more match to play, against Orlando Pirates.

Follow all of the live action from the Harry Gwala Stadium where Maritzburg United host Baroka FC below.

They’re playing for their lives – Thoko

“They know that they are playing for their contracts and for the lives,” – the Baroka FC coach said ahead of today’s clash against Maritzburg United.

“Most of the boys have also never been in this situation before, so sometimes they panic and are scared.

“When you look at them, sometimes you can see that they are scared but we are helping them as much as we can for the Maritzburg United match.

“For me to take this responsibility, I wanted to help the team because I have been here the entire season.

“It was better for me to take over, unlike getting someone new who was going to need time to adjust and know the players.

“We must just make sure that we win our remaining game against Maritzburg United and hope that results of other teams favour us.