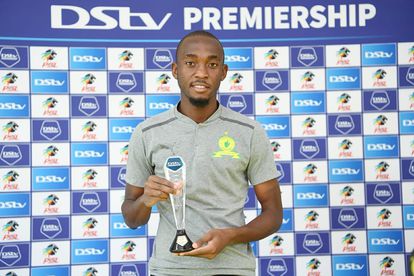 Shalulile had a another incredible 2021/22 season which saw him walk away with the coveted Golden Boot Award for the second time in three years.

As reported by The South African website, Shalulile found the back of the net 23 times in the DStv Premiership alone – which was more than SEVEN other sides managed in total!

As a result, there has been a lot of interest in the 28-year-old, mainly from clubs outside of Mzansi.

However, Mngqithi insists his prized asset will not be leaving the league champions.

“He is not going anywhere,” Mngqithi said.

“He is definitely happy to be with us at Sundowns. It was not difficult to keep him at the club because Peter loves Sundowns and he wants to be here.”