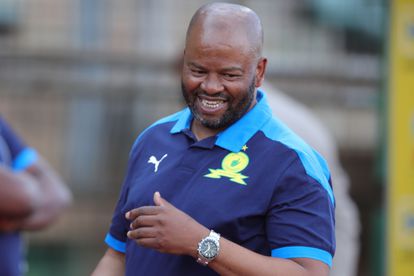 Mamelodi Sundowns have reportedly agreed to loan defender Sifiso Ngobeni to SuperSport United for the remainder of the 2021/22 season.

According to a Soccer Laduma source, Ngobeni’s move to Matsatsantsa will be confirmed in Monday, 31 January’s transfer deadline list of players to be announced by the PSL – if the paperwork is finalised on time.

Ngobeni, 24, was signed from Bloemfontein Celtic by Mamelodi Sundowns at the start of the current season, but has made just two appearances to date.

Meanwhile, in a second deal which could happen before the transfer window shuts, Mamelodi Sundowns striker Promise Mkhuma could also be on his way to SuperSport United.

The Brazilians reportedly paid in the region of R16 million to lure the 25-year-old playmaker to Chloorkop.