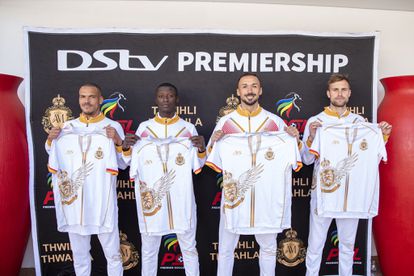 Bundesliga star to turn out in the PSL

A PSL club has unveiled a former Bundesliga player among their new signings.

Six players were unveiled by the club in a statement of intent.

Kaizer Chiefs have options on the table to recruit a striker

Kaizer Chiefs have been persistently linked with quality strikers but have so far been unable to add to the signing of Ashley Du Preez to reinforce their options in front of goal.

The South African’s Siseko Gwegwe takes a look at three strikers who could fit the bill for Amakhosi.

A former Lesley Manyathela award winner has responded to links to Kaizer Chiefs and Orlando Pirates.

The target man could be headed to Mayfair or Naturena.

PSL target wanted in Serie A

The revolving door at Naturena has spat out many an unsuspecting soul this season.

On the pages of The South African News website, Dean Boyle tracks the departures from the PSL’s most popular club.

SuperSport United have officially announced Gavin Hunt as their new head coach to end speculation around their search for a new mentor following the axing of Kaitano Tembo.

Hunt was the man to guide the club to their most recent PSL title success.