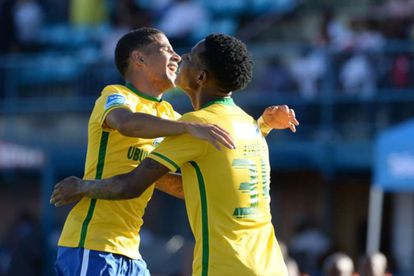 Kaizer Chiefs’ Keagan Dolly believes Bongani Zungu will be a ‘good fit’ for Mamelodi Sundowns having acquired an immense amount of experience abroad.

Zungu was recently re-signed by Masandawana who are strengthening their midfield as they aim to win the CAF Champions League this season.

‘Ben 10’ and Dolly previously played together at ‘Downs before they both headed for greener pastures abroad.

‘HE IS A GOOD FIT FOR SUNDOWNS’ – DOLLY ON ZUNGU

“I am happy for him that he is back,” said Dolly as per by Sunday World.

“With his experience … he is a good fit for Sundowns and he will bring something to the league. People will always judge us. They expect us to stay in Europe.

“People’s journeys are not the same and if things are not working out you cannot force things, and I do not blame him for coming back.”

In other news, Mamelodi Sundowns coach Manqoba Mngqithi says Zungu isn’t ready to start playing since he wasn’t part of their pre-season camp.

Mngqithi hopes that in a month’s time Zungu will be ready to make his second ‘debut’ for Masandawana after he joined the club for his second stint.

“Zungu is still behind [in fitness] as he was not part of the team during the pre-season training,” said as quoted by Daily Sun.

“We should also remember that Zungu has not been playing for a while. He is working hard and we hope it won’t take more than two months before he can starting playing games.

“What we like about him is that he is a very disciplined boy who works hard and showed interest of joining us. We are looking forward to see the progress he will make in four weeks. But we are optimistic that he will help us this season.“