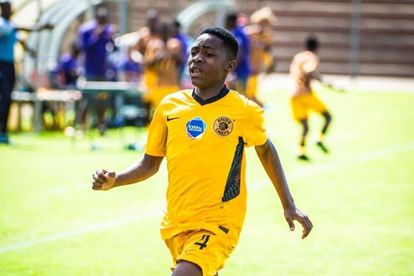 Kaizer Chiefs wonderkid Mfundo Vilakazi has done it again, this time spectacularly as he netted his third goal of the season on Saturday.

Vilakazi was named in the Chiefs starting line-up against Sekhukhune United in the DStv Diski Challenge (DDC).

And the left-footer didn’t disappoint as he fired a free-kick from way outside the box into the back of the net in the 34th minute.

This was Vilakazi’s third goal since joining Chiefs from Doornkop Students in January, and his side’s opener in the match they won 2-1.

The other Chiefs goal was scored by defender Aden McCarthy, who also netted with a free-kick of his own.

At 16, Vilakazi probably still has a long way to go before he could be considered for promotion to the first team.

However, he has made so much progress during his four-month stay with Chiefs – his game and technique have improved.