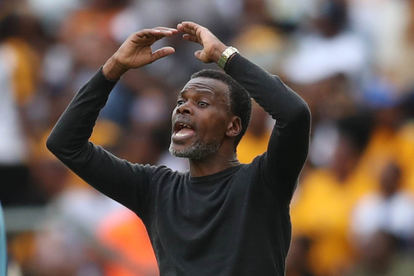 Mamelodi Sundowns eased past AmaZulu FC in the first semifinal thanks to a 3-0.

Kaizer Chiefs on the other hand were defeated by Orlando Pirates in the second semifinal via a penalty shootout.

And now, in a unique Carling Black Label Cup match, Chiefs and AmaZulu clash in just a PENALTY SHOOTOUT!

The first semi-final of the updated Carling Black Label Cup was between AmaZulu and Mamelodi Sundowns.

Kaizer Chiefs then tackled rivals Orlando Pirates in the second semi-final with kick-off scheduled at 12:00.

Lastly, the 2022 Carling Black Label Championship final will kick off at 17:00. Orlando Pirates and Mamelodi Sundowns fight for the trophy in this match.

“Kaizer Chiefs is a different beast altogether. If you are not strong mentally or you’re not a strong character, with talent alone, you’re never going to survive [at Chiefs].” – Zwane said as quoted by EWN.

”You need players that can cope with pressure. That’s where we come in as coaches because we’ve been here and we know the amount of pressure that comes with being a player at Kaizer Chiefs”

Let us know your score predictions for the Carling Black Label Cup final in the comments section below.