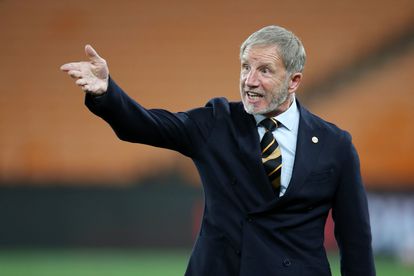 Kaizer Chiefs return to action this evening when they host SuperSport United in a crucial DStv Premiership clash at the FNB Stadium.

The Glamour Boys will be desperate to get back to winning ways after their goalless draw against TS Galaxy in their previous DStv Premiership fixture.

For SuperSport United, a winning start to their post Kaitano Tembo era will be a top priority this evening.

The club sacked their head coach during the week with goalkeeper coach Andre Arendse acting as interim coach for their clash against Kaizer Chiefs.

The opening round of this blockbuster fixture ended in a 2-1 victory for the Amakhosi thanks to a Bernard Parker brace while Njabulo Ngcobo’s own goal wasn’t enough for the hosts.

“I think we have completely blown our own chances to put any great pressure on Sundowns,” Kaizer Chiefs head coach Stuart Baxter said as quoted by TimesLive.

“Sundowns have done a marvellous job this year and I think the rest of us are playing for the follow-up places.

“That said, if they are the champions when they come to us, Kaizer Chiefs will give them every respect that a professional should afford each other.

“People usually say you don’t want to play against a team that has just changed a coach because no matter what there will be an effect. Because Kaitano is both a friend and colleague, it is a shame that he had to leave his post.

“Sometimes the club benefits or doesn’t benefit. The pros and cons of that one I don’t know. Whether Kaizer Chiefs will find a fired-up SuperSport or a SuperSport in disarray we should just concentrate on our game to be honest.”

Kaizer Chiefs vs SuperSport United: How to LIVE STREAM!

Action at the FNB Stadium gets underway at 19:30. The match will be televised live on SuperSport PSL.

This website will be providing you with live coverage 30 minutes ahead of kickoff between Kaizer Chiefs and SuperSport United.