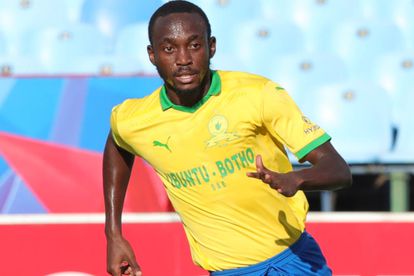 Nauseb says the duo have made Namibia proud.

“My brother this is a big achievement, not only for them, but for the country itself and the teams that they are playing for. You know these guys have worked very hard obviously. And you know as a professional footballer you play to achieve something. And in your first season, at a top club like Mamelodi Sundowns you perform the way you perform.

“Obviously, you wanna top it up cherry on top you want to win the league. Obviously you want top it up by winning an award and he has done it you know. So I’m very, very honoured to coach them at the national team, and privileged to work with them because they are talent. Last time we had a chat he said ‘Coach I’m gonna push all the way’.”

Nauseb, now 47, played 87 matches for Kaizer Chiefs between 1997 and 2001. He went on to represent Hellenic, Ajax Cape Town, Bloemfontein Celtic and Engen Santos – among others.