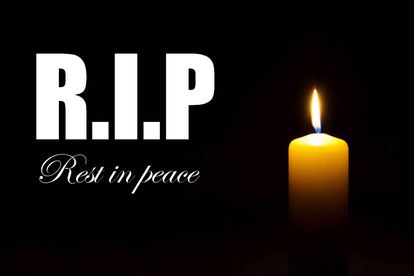 Max Brito, who was left a tetraplegic during his country Ivory Coast’s 1995 Rugby World Cup pool match with Tonga, has died. Photo: Twitter

Max Brito, who was left a tetraplegic during his country Ivory Coast’s 1995 Rugby World Cup pool match with Tonga, has died. Photo: Twitter

Former Kaizer Chiefs midfielder Steven Ncanana has passed away at just 36 years of age after a lengthy illness.

According to iDiski Times, Ncanana’s death was confirmed by his brother Leonard, who said the 36-year-old tragically passed away on Sunday morning.

VIDEO: WHY CHIEFS WONDER GOAL SHOULD NOT HAVE BEEN ALLOWED

“He was ill for some time. This started a few days ago and we phoned the ambulance to pick him up and which came and you could see that it was bad.

“On Thursday, I phoned the hospital to ask to see him in the morning, which I did. Then when I was going to the gym, the call came through on Sunday that I have to rush to the hospital and I was told he’s no more.”

Ncanana had a brief spell with Chiefs over a decade ago

The midfielder was signed by Chiefs ahead of the 2010/11 season, and was part of the club as they won the Telkom Knockout final against Orlando Pirates in his debut campaign.

After being offloaded by Amakhosi, he played for Blackburn Rovers and also spent time with Milford FC in the ABC Mostepe League before joining Thanda Royal Zulu FC.

Back in 2011, Ncanana shared some of this information about himself in an interview with the Kaizer Chiefs website:

I come from a football family as my father used to play football when he was younger. I also started at a tender age of about 8 at Golden Stars. I moved to Durban where I played for Bush Bucks on the Vodacom League then Nomvethe FC (owned by former Chiefs star Siyabonga Nomvethe).

I played my best football there also in the Vodacom League. I then joined Nathi Lions in the 1st Division.

He also shared what it meant to him to have played for Kaizer Chiefs:

I was over the moon for sure! Kaizer Chiefs is the biggest club in the country and it is every young player’s dream to don the famous gold and black. When I eventually signed my family and everyone in Mtubatuba was very happy for me. I am the only soccer player in my village that has made it to this level.