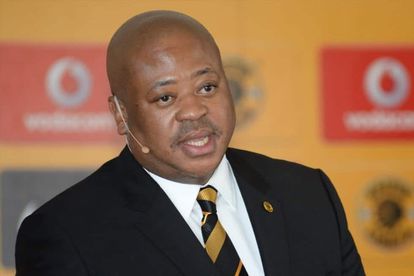 Kaizer Chiefs are still NOT off the hook with the PSL despite their case dragging for almost two months without a verdict.

Two weeks ago, Amakhosi were charged for their failure to honour two league fixtures against Cape Town City and Golden Arrows.

And a date for their hearing was set by PSL prosecutor and returnee Advocate Zola Majavu as he looks to get it over and done with.

WHEN IS THE KAIZER CHIEFS HEARING?

Amakhosi are expected to appear before the PSL Disciplinary Committee on Friday, 21 January 2022 with the hearing scheduled for 16:00 at the PSL offices.

Chiefs will most likely bring their A-team legal department led by Advocate SC Norman Arendse who was hired specifically for this case, according to reports.

HOW WILL KAIZER CHIEFS PLEAD?

Chiefs are expected to plead NOT guilty to the charge, and this is because they feel the health of all employees should always come first, especially during this Covid-19 pandemic.

In response to the PSL statement in December, Chiefs announced their intentions to appeal the decision with relevant footbal bodies, including the South African Football Association (SAFA).

And that stance still hasn’t changed even after they were formally charged by the league in early January.

After all, there are six points at stake, and should Chiefs plead guilty, they would likely fortfeit the points to both CT City and Arrows.