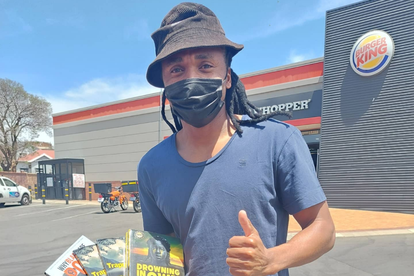 Tshabalala, who is now 37, moved to Benni McCarthy’s AmaZulu last season but only made three appearances in the whole term.

Failing to find a new home in the current campaign means that the Soweto-born star went through the entire season clubless.

What is the issue for such a big Kaizer Chiefs legend?

“It’s difficult, maybe because of my age,” Shabba said in the latest Soccer Laduma issue to Tsepang Mailwane.

“That’s when everyone wants you.”

NOT DESPERATE TO GET SIGNED

The former Bafana Bafana forward added to highlight that he did see offers coming his way, but said thanks, but no thanks.

The view did nothing to dismiss the reports that most former Kaizer Chiefs and Mamelodi Sundowns players ask for enormous salaries.

“For me, it is not a case that I’m struggling to find a team. I had options but I was not happy with those options.

“I am not in rush, even though I might be  37. I am not in a rush or in a position of being desperate,” added the former Free State Stars player.