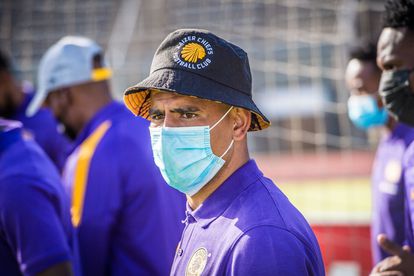 Keagan Dolly is eager to continue his good form and repay the faith shown in him since he returned to Mzansi and joined Kaizer Chiefs. Photo: Twitter @KaizerChiefs

Keagan Dolly is eager to continue his good form and repay the faith shown in him since he returned to Mzansi and joined Kaizer Chiefs. Photo: Twitter @KaizerChiefs

South Africa will come to a standstill this afternoon when Kaizer Chiefs host bitter rivals Orlando Pirates in this first installment of this season’s blockbuster Soweto derby.

Both teams will be desperate for a full three points at the FNB Stadium this afternoon given their rocky starts to the 2021/22 DStv Premiership campaign.

Form counts for nothing in the Soweto Derby – Mandla Ncikazi

“It’s a game where you have to make less mistakes and win by the opportunities you create because of the pressure of the game. We’ve been creating opportunities, but we haven’t been ruthless in front of goal.

“We have to devise a plan, whether it works or not. We’re hoping that it works. When you look at Kaizer Chiefs and just look at individuals, you’re going to lose the plot.

“Dolly is their best player, but there are many more at Kaizer Chiefs, so we need to look at them holistically. We’ll try and stop them from their strengths, adapt to whatever they’re doing and try to impose our game on them while taking care of the ball better.”

This afternoon’s clash will be the 101st instalment of league clashes between Kaizer Chiefs and Orlando Pirates since the formation of the Premier Soccer League in the 1996.

Of their previous 100 league clashes against Orlando Pirates, the Amakhosi have won township bragging rights on 41 previous occasions. Orlando Pirates have emerged victors in this fixture 23 times while there have been 36 draws.

Kaizer Chiefs vs Orlando Pirates: Kick-off time and how to live stream

Action at the FNB stadium gets underway at 15:30. The match will be televised live on SuperSport PSL and SABC1 while this website will be providing you with live coverage 30 minutes ahead of kickoff.