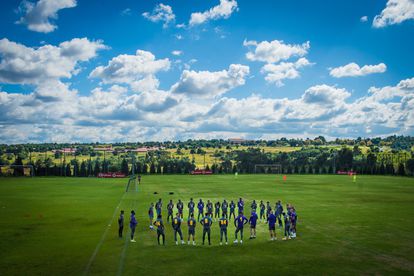 The PSL has ‘confirmed’ the starting date of the 2022/23 season, leaving teams with not many weeks in which to solve their in-house problems. Photo: Twitter @KaizerChiefs

The PSL has ‘confirmed’ the starting date of the 2022/23 season, leaving teams with not many weeks in which to solve their in-house problems. Photo: Twitter @KaizerChiefs

The PSL on Wednesday ‘confirmed’ the starting date of the 2022/23 season, leaving teams with not many weeks in which to solve their current in-house problems.

You reading this, Kaizer Chiefs?

All the key dates for the 2022/23 PSL season were ‘announced’ by the Premier Soccer League executive committee in a leaked document sent to all PSL chairpersons and CEOs.

The document showed that the season will start on Saturday, 6 August with the MTN8 quarter-finals, while the DStv Premiership is set to kick off on Friday, 12 August.

That means it’s exactly 94 days (yes, we counted) until the top eight teams in this season’s final standings will contest the MTN8 first round and 100 days until the 2022/23 DStv Premiership season gets under way.

Certainly not a lot of time if one considers there are still three matches to be played in this season’s league before the all-important transfer window opens.

And a number of teams still need to appoint full-time coaches!

Is that enough time for teams like Amakhosi to sort out all their off- and on-field problems?

Amakhosi’s troubles have been well documented this season as they currently fight for a CAF spot next season having lost out to rivals Mamelodi Sundowns – again – in the race for the league title.

Meanwhile, next season’s GladAfrica Championship will start on Saturday, August 20.

Due to the 2022 Soccer World Cup which will be played between 21 November and 18 December in Qatar, the PSL season will take a two-month break between 6 November 2022 and 7 January 2023.

PSL players who are selected to play at the World Cup will be allowed to leave their clubs any time from 14 November onwards.

As things stand, the only player in the PSL likely to be selected for the World Cup is Orlando Pirates goalkeeper Richard Ofori with his Black Stars of Ghana one of five African nations set to appear at the tournament.