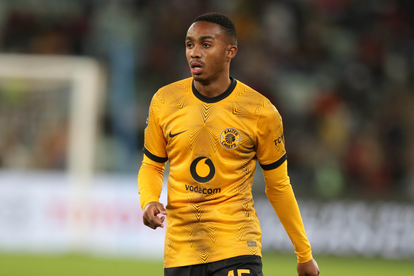 Chiefs are in a sticky situation regarding their 22-year-old star midfielder. What’s the situation? The talented Amakhosi utility man is stalling on a new contract with the club and they could lose their prized asset for free. The major sticking point, at this stage, is Blom’s wage demands.

The Bafana Bafana international’s Amakhosi future is unclear, with his current deal expiring in June 2023. Contract talks between Chiefs and Blom’s agent Rob Moore have broken down.

When asked whether there was an element of “arrogance” on the part of head coach Arthur Zwane and sporting director Kaizer Motaung Jr in handling the matter, Blom’s agent Moore said to Times Live:

“I can’t comment. It is best if you ask Chiefs.”

The club has responded to agent Rob Moore:

“Thank you always for your approach and engagements. We will review your message and get back to you in due course,” Chiefs corporate communications manager Vina Maphosa said.

Amakhosi face the very real prospect of losing their crown jewel for nothing in eight months time. If he doesn’t extend, he can agree pre-contract terms with a club of his choice from January. There won’t be a shortage of suitors. Where will Blom be playing his football in 2023? There will be many more twists and turns in this tedious saga, we’re pretty sure.

Keep up on some daily World Cup trivia via football stats nerd foodball_za.