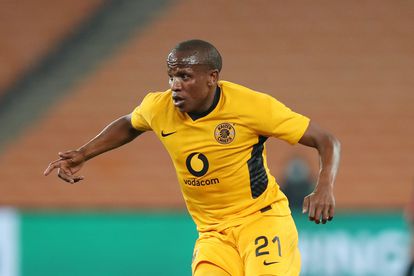 Lebogang Manyama in action for Kaizer Chiefs during the DStv Premiership 2021/22 match between Kaizer Chiefs and Royal AM on the 18 September 2021 at the FNB Stadium, Johannesburg ©Muzi Ntombela/BackpagePix

Lebogang Manyama in action for Kaizer Chiefs during the DStv Premiership 2021/22 match between Kaizer Chiefs and Royal AM on the 18 September 2021 at the FNB Stadium, Johannesburg ©Muzi Ntombela/BackpagePix

Life after Kaizer Chiefs can be terrible sometimes. The latest example is Lebogang Manyama.

As The South African website previously reported, Manyama was invited to train with his former club Cape Town City after he was released by Amakhosi.

The Tembisa-born star’s injury quickly deterred the 32-year-old from convincing City to offer a contract.

So where is “Kaka,” and what’s the full situation?

According to his agent, Alfred Phiri, Manyama is back in Gauteng where he is spending more time with doctors than with a soccer ball.

“The last time I spoke to Lebogang, he told me that his ankle is healing. Our visit to the doctor is incredibly important because we need to know if Lebogang will play this season,” Phiri told Isolezwe, as quoted by Goal.

“When I say whether he will end up playing this season, I mean whether he will be able to return to Cape Town City to train with them. Let’s remember that the condition he is in has made him gain some body fat. The coaches would then assess him.

“[City chairman John] Comitis has displayed his parenting skills when handling Manyama’s issue, he is always in contact with him and wants to know how he is doing.

“He always insists that he does not want to rush him, he will give him enough time to make a full recovery,” Phiri added.

“I can’t tell you that this situation has hurt Lebogang a lot. It hurts him to see his teammates playing while he is busy treating his ankle. But this is part of the life of a footballer. I pray that the doctor will tell us some good news.”