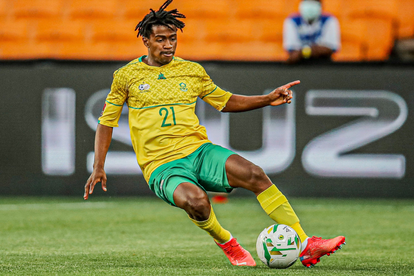 As The South African website previously reported, Amakhosi are believed to be interested in signing Mashego from Cape Town City.

Why? The club recently parted ways with two left-back in Siphosakhe Ntiya-Ntiya and Sibusiso Mabiliso.

With Mashego the reported target, his club has reportedly placed a massive price tag.

“Cape Town City are reluctant to sell defender Terrence Mashego, but the Siya crew understands that if the club cannot hold on to the Bafana Bafana international, then the Citizens could let him go for R10 million,” Soccer Laduma reported in their latest edition.

The outlet added to say that Mamelodi Sundowns have also entered the race to sign the 26-year-old from Mamelodi.

While coach Arthur Zwane has options at left-back, a massive club with big ambitions needs real depth in every position.

Chiefs have Sifiso Hlanti and Happy Mashiane, while Reeve Frosler only played as a makeshift solution.

Additionally, the club’s new signing Edmilson Dove has been brought in to play as a left-sided central defender rather than a number three.

Meanwhile, the Glamour Boys are preparing to host AmaZulu at the FNB Stadium on Saturday at 17:30