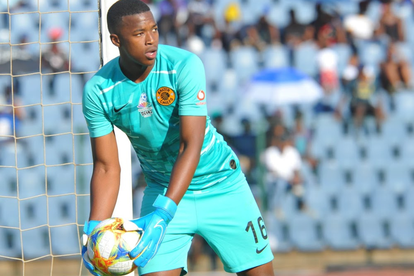 Aren’t Kaizer Chiefs just the talent factory of the best goalkeepers on this land? This is why you should be confident Daniel Akpeyi‘s young replacement from the academy is quality even before watching him.

The club have since made seven new signings but none of them is a goalkeeper. Why? It seems the club has replaced Akpeyi from within the Naturena village.

If you go over to the Amakhosi website to look at the goalkeepers, you will of course find Akpeyi removed while there is Itumeleng Khune, Brandon Peterson, and Bruce Bvuma.

The 19-year-old from Johannesburg, also known as ‘Big Man,’ is confirmed to have played for three previous clubs. The names include Mondeor Meteors, Jabez Football Club, and Mpumalanga Black Aces Academy.

Meanwhile, Molefe is expected to make his senior team debut at some point in the long looming 2022/23 season.