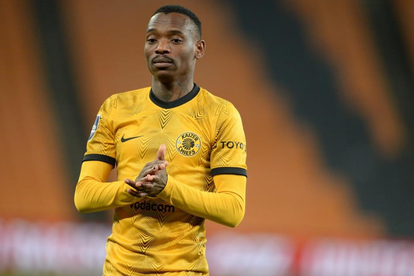 The Khama Billiat at Kaizer Chiefs subject has become rather sensitive. Here’s a take from one of his former coaches Muhsin Ertugral.

The Kaizer Chiefs and Khama Billiat story has been quite unfortunate. The 32-year-old’s 24 goals and 29 assists in 125 games for Amakhosi have been a failure.

So, what’s been the problem?

According to Ertugral, who fine-tuned Billiat at Ajax Cape Town, Chiefs have been the problem, not the player.

“It’s important to understand that in any circumstances as present at Chiefs, Khama can’t play alone.

“He needs the structure and supply in a certain format to call up his best ability,” Ertugral said via ThisIsFootball.Africa.

“It’s very disturbing that such a kind of player is talked into the ground. Obviously, he requires quality around him.

“There is no quality around. There are not a lot of Billiat’s running around in SA soccer.

“But there is a club situation and policy that is not for the public eye. It’s about finding an approach that can accommodate Billiat to give his best.

“There are good players around him, but they need an approach that benefits him and the team,” the Turk-German concluded.