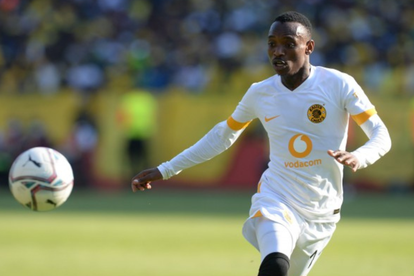 Kaizer Chiefs star Khama Billiat has simply been the shadow of his former self at Naturena. Image: @Soccer_Laduma / Twitter

Kaizer Chiefs star Khama Billiat has simply been the shadow of his former self at Naturena. Image: @Soccer_Laduma / Twitter

Kaizer Chiefs and Mamelodi Sundowns fans know that the Khama Billiat they watch at Amakhosi is not the player that dominated the PSL at Chloorkop.

It was in July 2018 when the Zimbabwean attacker made one of the most controversial moves in PSL history.

ALSO READ: MTN8 – Chiefs back in the Cape. FIVE things we expect

The then 28-year-old forward was unveiled by Chiefs smiling with the Glamour Boys love and peace slogan.

We all felt the Soweto giants were to become unstoppable and ‘Khamaldhino’ was going to be a Chiefs legend.

Following three full seasons, Billiat has underdelivered with 24 goals in 119 games in a gold and black shirt.

Billiat has looked even worse under Arthur Zwane this season. What is the issue?

The answer has two factors: Partnership and his position on the pitch.

To highlight Sundowns’ maximum use of the Zimbabwean star, we have taken a look at his best-ever season at Chloorkop and in the PSL.

ALSO READ: Why Tau would join Chiefs – Here are the reasons

So how did he achieve it? Billiat was playing as a number 10 or secondary striker. He did not play as a false nine or in the right and left-wing as we have seen him at Chiefs.

The same season’s success saw Billiat partner and play off a number nine. If he was not playing off Leonardo Castro, he was playing with Cuthbert Malajila.

Keagan Dolly on the left and Themba Zwane on the right also played a significant factor in Billiat’s success.

While Chiefs had Castro at Naturena in the past three seasons, the Colombian spent much of his time either injured or simply out of form. Perhaps Castro was past his best by the time he signed for Amakhosi.

Samir Nurkovic was also an option to combine with Billiat but the departed Serbian clearly had a different skillset to Castro and Malajila.

Will Amakhosi’s current striker Ashley Du Preez and Caleb-Bonfils Bimenyamana eventually form the combination that will inspire the best of Billiat? We shall see in the coming months.

Do you believe Billiat still has the ability to deliver double digits in both goals and assists? Let us know in the comments section below.