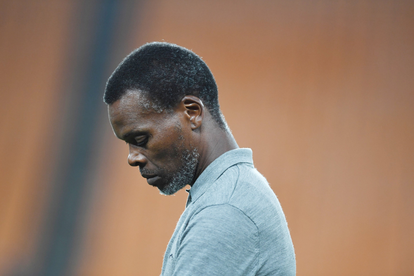 Very few Kaizer Chiefs fans will be wearing the club’s jersey at work on Monday morning.

The Glamour Boys crashed out of the MTN8 a day after Orlando Pirates enjoyed a dream day.

As The South African website reported on Sunday evening, Arthur Zwane’s Glamour Boys were sent packing out of the MTN8 after failing to cancel Usuthu’s away goal advantage after the 1-1 result in the first leg at FNB Stadium.

The results meant Pirates, who properly demolished Mamelodi Sundowns 3-0 on Saturday, will battle AmaZulu in the final on 5 November 2022.

With just minutes after the final whistle, the words Zwane and his nickname, “Mangethe,” went fully viral on Twitter as supporters attempted to make sense of the defeat.

How much weight of responsibility lands on Zwane or the players? Here is what the supporters on Twitter said…

The reactions presented a wide variety of views that included rage, sensible takes, mockery, and patience.

“We didn’t approach this match with a correct mentality. Mangethe approached it as if he was playing league match. Du Preez and Frosler should not have played a single minute of second half. Should have gone for broke because 1 goal was enough even if AmaZulu score.”

“A good coach is seen based on the chances that a team creates and the way it defends. Kaizer Chiefs might not be the best defensively but offensively, the chances that are created, when converting could win any game. In Mangethe we trust. We see the progress,” said @Litha_Stokwe.

“Zwane says at some point we could have gotten a goal, which point was that?????,” said @Ta_Fitty.

Meanwhile, the pressure is about to heat up further. Chiefs take on a bouncing and buoyant Pirates in the Soweto derby at Soccer City on Saturday.

Daily Lotto | One lucky winner of Tuesday’s jackpot: All the numbers and payouts