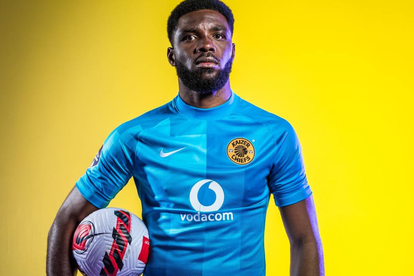 Kaizer Chiefs’ former goalkeeper Daniel Akpeyi believes the DStv Premiership’s low representation at the FIFA 2022 World Cup is not an indication of the league’s quality.

Without a single DStv Premiership player in Qatar, question marks have been asked about what is rated as the best league in Africa.

Orlando Pirates goalkeeper Richard Ofori was nearly a sure case but sadly suffered an injury on the eve of Ghana’s squad announcement.

“I really don’t think PSL is a weak league because there’s no player in Qatar. Ofori was surely going to be there if he was fit,” the ex-Chiefs number one said via The Sowetan.

“This [the absence of PSL players in Qatar] isn’t a true reflection of the PSL. It’s just an unfortunate situation that Nigeria and Bafana Bafana didn’t qualify.

“The PSL is a very strong league and many players can do well in the World Cup should they get that opportunity,” the Nigerian added.

Meanwhile, the 35-year-old Akpeyi is yet to find new employment since leaving Chiefs in July.

Do you all still remember his debut before he remarkably displaced the splendid but underrated Emile Baron? It was the year 2007 when Baron was injured. The then coach Muhsin Ertugral put all his trust in the kid from Ventersdorp.

With the age of 40 slowly approaching, talks of retirement will increase with every season.