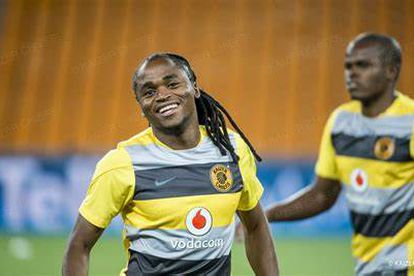 An Amakhosi legend is being lined up for a famous return to football and the PSL. Having recently retired he could line-up for one of the DStv Premiership side’s once more!

The list of Chiefs greats to have retired in recent years includes Siphiwe Tshabalala, Reneilwe Letsholonyane and Willard Katsande among others.

Thankfully, there are still a few Amakhosi legends playing with Itumeleng Khune and Erick Mathoho still playing for Amakhosi. Well, this man would become the third Amakhosi legend playing if he returns.

You won’t believe it – just moments ago this Amakhosi legend retired.

Now, he is being lined up for a famous return to the PSL. Katsande announced his retirement, hanging up his boots at the age of 36. However, Sekkukhune are struggling to fill his boots and they may have to call him out of retirement!

BREAKING: PITSO MOSIMANE TO TAKE A BREAK FROM SOCCER

READ | SOWETO GIANTS: THREE PLAYERS LIKELY TO BE LOANED OUT TO SOWETO RIVALS!

According to Sowetan, Sekhukhune are going to have to call Katsande out of retirement as they cannot find a worthy replacement in the midfield.

“The club is struggling to get a central midfielder and will be forced to bring Katsande back from retirement,” the source stated on the same publication.

“Katsande was asked to retire and take the brand ambassador position, which he had agreed to, but they are not finding his replacement. They initially wanted Ben Motshwari from Orlando Pirates, but he is expensive and the club cannot afford what Pirates are paying him.

“But we will see. In terms of new signings the club is done and I don’t see anyone coming. Even if they do, it will only be a central midfielder to replace Katsande. Other than that they won’t bring any new players as they are happy with what they have currently for coach Kaitano Tembo,” the source added.

These are truly interesting and intriguing times if you are an Amakhosi fan. Tshabalala and Letsholonyane have been called up into coaching roles at Naturena.

While Parker’s future remains uncertain. Khune and Mathoho remain at Chiefs but anything is possible give their current circumstances. Khune appears unhappy at Naturena while Mathoho has been out of form and seems past his sell by date.

Security guard charged with murder after a shooting

Newspaper front pages from around the world, 25 November 2022

‘Showing off’: Mel dragged over ‘friendship based on money’