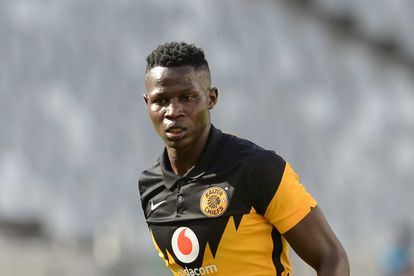 This FIFA international break will see SEVEN Kaizer Chiefs stars leave Naturena to be with their respective national teams.

In fact, the number could have risen to EIGHT had it not been for S’fiso Hlanti’s Achilles tendon injury this week.

Amakhosi quartet of Njabulo Ngcobo, Bruce Bvuma, Njabulo Blom and Keagan Dolly will be will be with Bafana Bafana in their quest to top Group G of the 2022 FIFA World Cup qualifiers.

Bafana Bafana take on Zimbabwe on 11 November at FNB Stadium before traveling to Accra to face the Black Stars of Ghana three days later.

Another player leaving Chiefs is Khama Billiat who will captain Zimbabwe against Bafana Bafana before facing Ethiopia.

Zimbabwe are already out of the race to qualify for the 2022 FIFA World Cup in Qatar as they stand no chance even if they win their remaining two games of the Group.

Kenya will welcome back Amakhosi defender-cum-midfielder Anthony Akumu for their two matches against Uganda and Rwanda.

Akumu had been overlooked as he was not a regular feature at Chiefs at the start of the season but he has been making comeo appearances from the bench lately.

The sixth player to leave Naturena this week is none other Nigeria international Daniel Akpeyi, who is part of the Super Eagles squad that will take on Liberia and Cape Verde Islands.