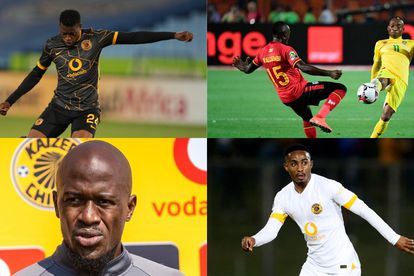 Kaizer Chiefs stars could be leaving for free in 2023. Photos: Backpagepix

Kaizer Chiefs stars could be leaving for free in 2023. Photos: Backpagepix

Kaizer Chiefs face the prospect of losing a clutch of star players on free transfers at the end of the current season.

With as many as six first-team regulars coming to the end of their deals, January could be a fraught time for Amakhosi.

Players with expiring contracts are of course allowed to sign a pre-contract when they enter the last six months of their deals, adding an extra element of risk for Chiefs in allowing their contracts to run right down.

It has been made clear that Kaizer Chiefs and versatile fullback and midfielder Njabulo Blom have not been able to strike a deal on a new contract.

Blom and his representatives feel that he is being sold short on the new deal.

The club have also taken a dim view of their star man’s use of the media to score points in the contract saga.

Kaizer Chiefs are having a hard time nailing down their best players. Bafana fullback Sifiso Hlanti has also not put pen to paper.

Hlanti has been a Kaizer Chiefs regular since recovering from a freak injury in training.

For long-time servants of the club like Itumeleng Khune and Erick Mathoho, contract renewals also don’t appear to be forthcoming.

While Khune is likely to wait until the end of the season to decide his future, we could see Mathoho depart in January.

Khune has been sidelined by injuries. However, all reports suggest that Mathoho is fit and simply out of favour with Arthur Zwane and company.

Hlanti is someone who might be considered a Gavin Hunt favourite who has impressed Zwan. However, Phathutshedzo Nange has not been so lucky.

The midfielder has found game-time hard to come by since Hunt departed.

Billiat will not get a contract as fat as the one he is currently on and could move on as a result.

Despite occasional glimpses of his quality Billiat has not been the same players as he was at Sundowns.

Who will stay and who will go?