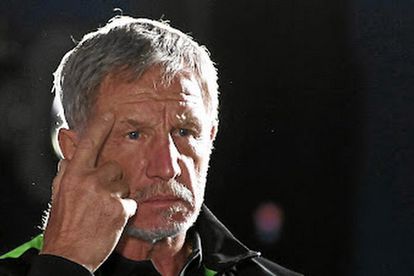 Kaizer Chiefs return to action this afternoon when they face Chippa United at the Nelson Mandela Bay Stadium in a crunch DStv Premiership clash!

The Glamour Boys will be desperate to bounce back to winning ways after their disappointing 1-0 loss against Golden Arrows in their previous match.

Chippa United on the other hand are fighting for survival. The Chilli Boys sit just three points above the relegation zone ahead of this afternoon’s clash against Kaizer Chiefs.

WIN | ANSWER THESE 5 EASY SOCCER QUESTIONS AND YOU COULD WIN R1 000 IN CASH!

Chippa United will also be looking to make up for their crushing 4-0 loss against the same opposition in the opening round of DStv Premiership clash.

It’s an even playing field – Lentjies

“For me the field is still the same. There’s two goalposts and there are white lines whether you are playing home or away.

“So for us from a physiological point of view it’s not something I would like to raise with the players all the time.

“When the referee blows his whistle we have 90 mins-plus to focus and to concentrate whether we are playing home or away against Kaizer Chiefs.

“In the past, our home form has been something to think about and something to improve, but it’s not something major. We want to play for three points so that is what we are going to do on the Saturday.”

Chippa United vs Kaizer Chiefs: How to LIVE STREAM!

Action at the Nelson Mandela Bay stadium gets underway at 17:00. The match will be televised live on SuperSport PSL.

This website will be providing you with live coverage 30 minutes ahead of kickoff between Chippa United and Kaizer Chiefs.