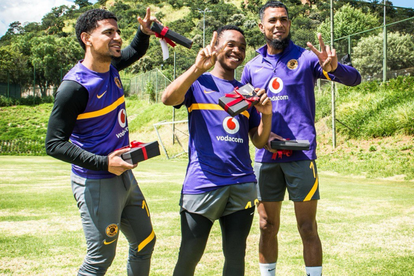 Kaizer Chiefs‘ newest sponsor Toyota is at the club to make a true mark. The Japanese carmakers have introduced a new monthly award featured called The Moment of the Month.

Sharing the news on social media on Thursday morning, Amakhosi showed off three of their players pictured with gifts from Toyota.

The image has Keagan Dolly, Nkosingiphile Ngcobo, and Brandon Peterson. According to the post, the awards were decided by a poll that was opened on social media in recent weeks.