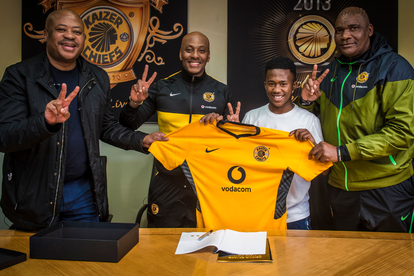 Shabalala is expected to take the PSL by storm. Image: @KaizerChiefs / Twitter

Shabalala is expected to take the PSL by storm. Image: @KaizerChiefs / Twitter

Kaizer Chiefs marketing and commercial director Jessica Motaung says that the club is targeting success on and off the field next season.

As the first team squad is rebuilt under Arthur Zwane, the Amakhosi faithful will be hopeful but sceptical ahead of the new season.

From the club’s point of view though, there is reason to be confident.

“Our target is success, success at all levels and that’s very key, hence the work that you see being done at the technical level and the management level and at the brand level,” Motaung told the Sowetan.

“So that’s certainly one of the things we are aiming for and to our competitors, we will compete fiercely with them. That’s key.

“We are very excited. Obviously there are a lot of changes and it is a new beginning and a process of renewal, so we are quite excited and looking forward to the team really connecting, gelling and preparing for the season.”

A welcome return of fans to the stadiums

Motaung was quizzed on new signings, despite that not really being her direct responsibility, and offered a suitably coy response.

The club are delighted at the news that the season will start with stadiums once again allowed to hold capacity crowds.

“It is still the signing window, so when everything is done, we will let you know, but if there are certainly new announcements coming, it will be made to the public,” Motaung added.

“I’m glad that the supporters are excited and I think it is important that they are part of the journey. We want them to support the players that we bought together and we are also excited that we now have 100% of fans in the stadium with the way things look, so we are really keen for the new season to start.”